New shooters tend to purchase any rimfire ammunition that fits their budget and is available, giving little thought to the performance aspect of the ammo or how it will cycle in their gun. But as we progress as shooters, we begin to understand that having the right ammunition can make a world of difference.

This lesson came to me when I began testing rimfire guns for magazine articles. Never before had I evaluated multiple loads in a single firearm under identical test conditions, and the results taught me a very important lesson about rimfire shooting: Ammo selection is extremely important.

The first and most obvious reason to select good ammunition is accuracy. While it shouldn’t come as a surprise that high-end ammunition shoots more accurately than budget loads, few shooters appreciate how dramatically quality target ammunition can impact performance.

The second reason is fouling. Some inexpensive rimfire ammunition is just dirty, gumming up the gun and making cleaning chores more arduous. This is especially important for semi-autos that rely on more moving parts than a bolt-action or revolver.

Lastly, certain semi-auto rimfire guns will only operate properly with the right ammunition. When shooters complain that their semiauto rimfire isn’t running properly my first bit of advice is always the same—try different ammunition.

But that’s just the beginning. Let’s dive into a full breakdown of the how to choose the right rimfire ammunition for a variety of disciplines.

Shooting pop cans, balloons, spinning targets, and even Aspirin with a rimfire handgun or pistol is great fun, and there are several affordable target ammo options. But not all target ammunition is created equal, and the fun you could be having at the range is spoiled when your gun won’t shoot accurately or cycle reliably. 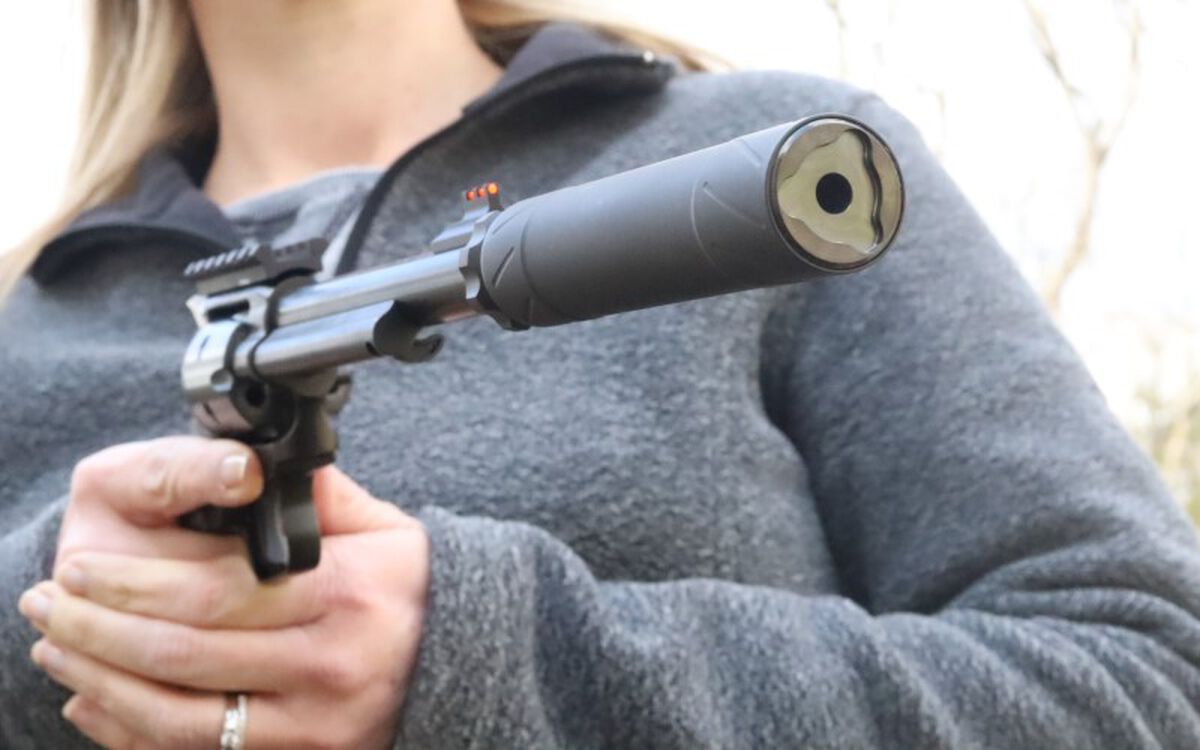 How rimfire ammunition is primed directly impacts reliability and performance. If the primer compound doesn’t cover a substantial portion of the rim, you can experience misfires, and in some loads this is a consistent problem. CCI’s priming is consistently good, which means you can expect reliable ignition. Velocity is also a consideration. CCI’s Quiet-22, with a muzzle velocity of 710 fps drops noise levels dramatically. That’s a great choice for revolvers, bolt-action rifles, and some semiautos. Depending on the firearm design, some semi-auto .22s will operate with low-velocity ammunition. If that happens, you can step up velocity and choose a load like CCI’s affordable Quiet-22 Semi-Auto, which pushes a 45-grain lead round nose (LRN) bullet at 835 fps—fast enough to operate most autoloading .22s.

For general target shooting CCI’s Standard Velocity is my round of choice. At 1,070 fps it runs even the most finnicky 22 semi-auto in my safe, primers are consistent, and accuracy is very good. Standard Velocity is cleaner than most other 22 loads, but CCI’s Clean-22 ammunition reduces fouling and shortens the cleaning process. They also make a suppressor version that works great with my cans, and the available pour bottle containers with lids cut down on waste and allow for fast, efficient loading at the range.

The 22 LR is synonymous with plinking, but don’t forget the other rimfire cartridges. The hotter 22 WMR, 17 HMR and 17 Mach 2 are all mild-recoiling target rounds that are lots of fun to shoot.

For hunting, you want a rimfire load that offers a level of accuracy that lets you place bullets where you want them and terminal performance that quickly dispatches the animal. For target and competition ammunition, you don’t need or want high velocities.

Bullet construction is different with hunting rounds, too. Ammunition in 22 LR like CCI’s Stinger utilizes copper-plated hollow point bullets instead of lead round nose bullets. This promotes consistent performance and efficient energy transfer. The hollow point penetrates and expands to quickly dispatch the animal. The more powerful Gamepoint 22 WMR uses a jacketed soft point similar to most hunting bullets, but it is also designed to expand and transfer energy efficiently.

Rimfire hunting rounds generally have higher velocities than target loads. This offers a flatter trajectory as well as more energy. CCI Stinger pushes a 32-grain copper-plated lead bullet at 1,640 fps, much higher than most target loads. Gamepoint 22 WMR pushes a 40-grain bullet to 1,875 fps, making it better-suited for longer shots and larger species like foxes.

When most hunters say “rimfire,” they focus on the 22 LR and 22 WMR, but the various 17 caliber rimfires make great hunting cartridges, too. Both the 17 HMR and 17 Mach 2 fire bullets from 16 to 20-grains at velocities up to 2,650 fps, and this flattens trajectory considerably. Rounds like VNT 17 HMR carry more velocity at 100 yards than most 22 WMR rifles do at the muzzle, and the tipped bullet offers rapid expansion and massive energy transfer. The mild 17s produce minimal recoil but they are ideal for longer shots on prairie dogs, ground squirrels, and crows.

Competition loads are the most specialized of any rimfire ammunition. Rimfire competitions have become more popular in recent years, particularly long-range shooting. To be competitive in these disciplines you need a quality firearm built for the game, but even the best firearms won’t succeed without good ammo.

That starts with bullet design. Competitive ammunition largely uses lead round nose bullets, which are widely available, but the key to success is consistent velocities. When testing ammunition I use a chronograph to measure velocities and determine standard deviation (SD), the amount velocities vary from shot to shot. Low SDs are critically important when shooting rimfire competition matches because large variations in muzzle velocity will change point of impact. Plus, at a consistent 1,070 fps velocity (depending upon barrel length) this ammunition creates a mild report and virtually no recoil. When you’re competing in rimfire classes and tenths or even hundredths of an inch of accuracy can affect the outcome of the match, having low SD gives you an edge. As one competitive shooter told me, “you can’t consistently win if your ammo doesn’t shoot consistently.”

So, what’s a good SD? Standard rimfire ammunition shoots between 15 and 30 SD per 10 rounds. Target ammunition typically shoots lower than 15, and SDs at or below 10 are exceptional. One round that turns in very low SDs on a regular basis is CCI Green Tag, which is selected from ammunition lots that perform exceptionally well. Green Tag SDs are among the lowest I’ve encountered in 22 rimfire ammunition, and even if you don’t have a chronograph you can be assured that this ammunition typically shoots among the lowest SDs of any factory load.

CCI’s Select 22 LR is a great choice for semi-auto guns because it offers a muzzle velocity of 1,200 fps that works well in semiauto competition guns while maintaining the same low SDs that are required to reach the podium.