Early in the 2020 match, Team Federal/CCI shooter Grant Kunkel set a new world record in the Rimfire Rifle Optics Division with a blistering aggregate time of 57.52 seconds. Grant’s record time was short-lived, however, as his teammate Chris Barrett beat him out, the very next day, by taking first place and setting a new world record aggregate time of 56.57 seconds in that division.

Cole Busch claimed first place while setting a new world record in the Rimfire Rifle Irons Division with a time of 58.86 seconds.

“I’ve been so proud of these three young men and the hard work they’ve put into their sport. They each have a focus and determination to win that will make them champions in whatever they choose to pursue,” said Spradling. “Chris, Grant and Cole have demonstrated that they are the best all-around shooters in Steel Challenge. Fortunately for us, they’re also some of the best people and I’m proud to have them on our team. We congratulate all shooters on Team Federal/CCI for a job well done.” 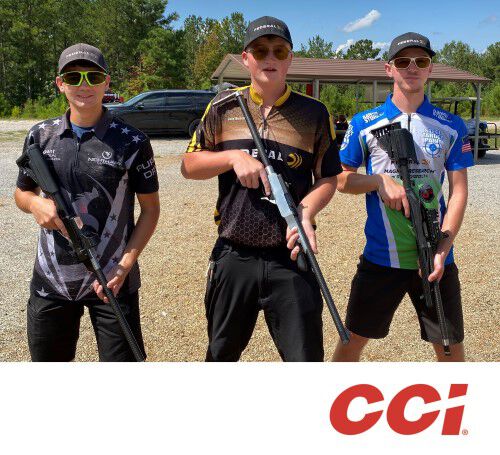