Cottontails range across the United States—from east to west, as far north as Canada and as far south as the Mexican border. They thrive in just about every habitat, from semi-deserts to high mountains and swamps to forests, and because they are so common in such a wide variety of areas, they’ve become this country’s favorite small game animal. Odds are that wherever you are, there’s good cottontail hunting not far away.

Though they differ in range and some physical features, all cottontail subspecies in North America share similar traits, including gray-brown pelage and a white underside and tail that give these rabbits their common name. All cottontails are born underdeveloped, lacking hair and the ability to regulate their own body temperature (unlike their cousins, the hares, which are more developed at birth). Another key characteristic is they are very prolific: Female cottontails, called does, can have up to three litters per year in nests called forms. A high reproductive rate is important for rabbits as species because these animals are prey for a wide range of predators. Feral dogs and cats kill rabbits, as do snakes, foxes, bobcats and coyotes, but the cottontail’s primary predators are birds of prey.

How To Hunt Them

Because they are on the menu of most every hunter in their home range, rabbits are masters of concealment. They disappear in scant cover, remaining motionless until they rush away in retreat. When rabbits make their escape, they run in rapid zig-zagging patterns, oftentimes staying near cover like blackberry or greenbrier that slows ground and aerial predators.

The easiest way to hunt cottontails, then, is to simply kick brush piles until you jump a rabbit from its bed and try to make a shot as the animal escapes. This kind of hunting requires minimal effort, and you can jump-shoot rabbit on most public hunting areas with ground cover. If you bust enough brush in an area inhabited by cottontails, you’ll have an opportunity at a shot sooner or later, but you’d better be quick, as you might only have a few seconds to shoot.

One of my favorite methods of hunting rabbits is to track them in the snow. During the coldest months of the year rabbits must range more broadly to find food, and the day following a fresh snowstorm you’ll find their tracks near brush lines and weed-choked ditches as they seek out winter food like blackberry stems. When you cut a fresh track you can follow it slowly, always paying attention to what’s well ahead. If the rabbit tracks enter brush piles or grass, pause and slowly look over the cover. Cottontails blend in well, even in winter, but their glossy black eyes are easy to spot, especially on sunny days. Tracking rabbits requires patience and skill, and my favorite firearm for this type of pursuit is a light rimfire rifle with a low-power scope.

Hunting with hounds is a classic method for pursuing cottontails, and there are few things more exciting then hearing a pack of beagles breaking the winter silence with their howls and yaps. The hunter’s job is to listen to the chase, determine when the rabbit has circled, and try to get ahead of the cottontail as it runs past. Listening to the voices of the dogs will provide some clues to the rabbit’s location, but savvy hound hunters look at the terrain to determine where the rabbit is most likely to run (usually in or near cover) and where they can set up for the shot.

Some hunters are under the impression rabbit meat should not be eaten because cottontails carry tularemia. In truth, rabbit meat is perfectly fine when cooked to appropriate internal temperatures (the Mayo Clinic suggests 160 degrees Fahrenheit), though you shouldn’t eat any animal that appears sick, or any parts of the nervous or digestive systems. 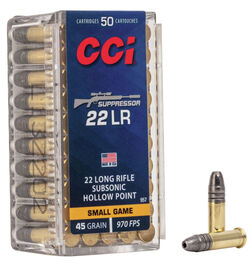 When properly cooked wild rabbit is delicious, and in most recipes you can substitute cottontail for chicken, which makes this a versatile, lean protein that’s suitable for everything from dips to simple battering and frying. Hassenpfeffer is a classic German dish served with rabbit, but my favorite is Sporting Chef Scott Leysath’s braised rabbit and pear recipe. The cottontail’s unique flavor blends naturally with the taste of the pears, and the result is a dish with outstanding flavor. If you’re looking for something less complicated, you can simply cook the rabbit meat, shred it, and then substitute for chicken in a buffalo dip, a recipe that has become a favorite in my home.

We manage our hunting lands for deer and waterfowl, but it’s simple to manage habitat for cottontails as well. I run beagles year-round and so I want to have a healthy population of rabbits on my property, and the most effective way I’ve found to accomplish this is to simply allow the habitat to grow up and provide cover for the rabbits. I mow certain areas of my farm in July so rabbits have ample winter cover where they will be safe for predators. In spring, these overgrown areas provide habitat and protect young rabbits from hawks, owls and other predators. Cottontails thrive in disturbed areas (they’re prolific in and around abandoned homesteads and in salvage lots), and simply mowing a few patches of cover and allowing them to grow back every few years will quickly increase rabbit populations. I’ve also found these intervals of mowing and weed growth attract other species, particularly deer and turkeys.

Wherever you are, there’s a good chance cottontail rabbits live nearby. This year, take full advantage of that fact by pursuing these exciting small game animals. Cottontails are fun to hunt, easy to manage for, and make excellent table fare.